WHIDBEY ISLAND ARTS COUNCIL
​February 14th, 2017
WIAC Arts in Education
"Making Communities Better"Grants Awarded at Crescent Harbor Elementary School
The Whidbey Island Art Council has awarded four third­ grade teachers in OakHarbor an Arts­in­Education grant. Actress Deb Lund from Coupeville will be working with 94 students in March on a social studies unit called "MakingCommunities Better." The goal of the project is to help every student learn how to plan and prepare a presentation, as well as improve their speaking ability.The life­long skill of public speaking is hard to teach, but everyone believes an actress will be able to bring out the best in every child through modeling and coaching. The hope is that the Crescent Harbor project may become the proto type for other groups of teachers in other schools. WIAC's Arts in Education is happy to extend the definition of artist to include acting. Look to the April newsletter for the project's outcome and effectiveness.

June 21st
Pink Parasol ­
Summer Solstice Gathering 7-­9pm ­
Location TBA
Contact fun@whidbeycustomevents.com if you would like to participate in this fun and fancy­ free community gathering at sunset.

June 22nd
WIAC Annual Membership Potluck
4­-7pm at the Greenbank Progressive Hall
Enjoy a lovely evening with community!
Meet & Greet other WIAC members, hear program updates, and bring a dish to share! (There will be a 21+ Beer & Wine Bar ­ Please bring your ID and cash to have a drink in support of WIAC!)Information: islandartscouncil.org 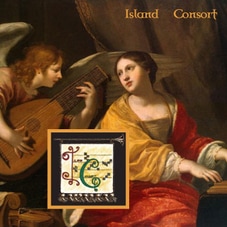 Island Consort­
Whidbey's resident chamber music/early music ensemble­ is expanding in2017. Now in its fourth season of performance,the Consort operates under the ArtisticDirection of founder Sheila Weidendorf. IslandConsort is comprised of some 30 or so musicians, with both instrumental and vocal divisions. The vocal division is conducted byDiane Vars. Some concerts feature the entireConsort in works by Renaissance and Baroque composers, others feature smaller ensembles from within the concert playing works of theClassical, Romantic or Contemporary ages. The next Island Consort concert is Sunday, April23rd , featuring works of Handel, Bach, Haydn and Mozart and will include the full Consort. The program includes Handel's Zadok the Priest for chorus and orchestra (including baroque trumpets and timpani!),Mozart's Regina Coeli, and Bach's Concerto in c ­minor for Oboe & Violin, BWV1060.

The Consort also plans to launch a chamber music society wing to the organization, allowing lovers of chamber music to become supporting members ofIsland Consort. We will also be launching a new grant program for Whidbey Musicians. Live music requires the talent and time of able musicians and IslandConsort wishes to encourage both quality live chamber music AND the support of the same! Further details on how to join the Island Consort Chamber MusicSociety and/or how to apply for the first annual Working Musicians grant will be announced in the near future.

Concerts & Festivals
Beginning in 2014, Island Consort began its yearly Luise Greger Women inMusic Festival, featuring women musicians playing the works of women composers, past and present. Born in Germany in 1862, Luise Greger began her musical life as a piano prodigy at the age of five, and was composing by the age of 11. She was a prolific composer, recognized­ before the rise of Hitler­­as one of the greatest musical artists of the Romantic period. She was euthanized in 1944, a victim of the Nazi regime. Though much of her work was destroyed or lost duringWWII, her family made a rare find in 1990:  They discovered 170 of Luise's 200art songs in an old iron trunk. Her work has since been revived in concerts and radio programs throughout Germany. Her great grand­daughter, Elizabeth Derrig,has Whidbey Island ties and is in collaboration with Sheila Weidendorf and theConsort in preserving and performing Greger's works. This year's Women in MusicFestival is set for August 25­27, with two concerts on Whidbey Island and one inSeattle. The concerts will feature works by Greger and other notable female composers of the 19th and 20th centuries, as well as works by regional contemporary women composers. This year's concerts will include renowned mezzo Eleni Matos, soprano Fumi Tagata,Seattle ­based violist Roxanna Patterson, Whidbey Island violinists/violists Gloria Ferry ­Brennan and Cynthia Morrow and pianist Sheila Weidendorf. Plans are in motion to also take this program to Europe after the Festival!

Island Consort is tremendously excited to announce another annual festival promoting contemporary composition:  New Music on the Rock will launch in2017 on June 18th at Whidbey Institute's Thomas Berry Hall. This first year will feature an afternoon concert beginning on the land and leading into the Hall,featuring works by area composers Neil Welch and Huck Hodge ­the head ofUniversity of Washington's music composition program­­ and will include a eurythmy movement performance by Maiko Canard. There will be a composers forum (open to the public)  in which we will explore the themes of humanity and the creative spark, the relevance of new music and more. In the evening we will present a concert of works by Whidbey Composer Jerry Mader. (*See his biography below) That program features an oboe quintet, a piano quintet and a set of three vocal motets.


Deepening the Silence Within:  Music for a New Humanity
This 2017launch festival examines themes of sourcing the creative flow from within, of honoring the land that sustains us (It is no accident that we will be holding these concerts on the precious Chinook land and in lovely Thomas Berry Hall!), how silence and stillness holds the center of truth and beauty in the midst of a chaotic world. Further, we honor the ways in which music ­and all the creative arts­ can bring us together in our common humanity, especially when conflict rages on the world stage. We will first come together on the land just outside of Thomas BerryHall, where musicians and movement will call us to the center of ourselves, and to the center of stillness between us. Maiko Canard in her movement exploration of the many kinds of silence will lead us into the hall, deeper inward as we then receive the music that ensues into our consciousness.

Plans are well underway as well for Island Consort's 5th season in 2017­2018,which will open in October in a concert juxtaposing the works of Renaissance composer Claudio Monteverdi and 20th century composer Domenic Argento. Stay tuned to these and other Island Consort happenings by visiting our web page at www.islandconsort.org and on Facebook at www.facebook.com/IslandConsort/. Contact director Sheila Weidendorf at any time for further information atsweidendorf@whidbey.com.

*Mader studied Music, Music composition, Humanities and Philosophy at theUniversity of Montana at Missoula from 1962­1967. His principle music composition teacher was Eugene Weigel. In 1976 he studied with the American composer, Michael Colgrass (Pulitzer Prize ­1978). He worked as a free­lance composer, musician, private music instructor, photographer, film maker,harpsichord maker and writer in Missoula, Montana where he received commissions and grants from local churches, the Montana Arts Council, the US.Department of Health, Education and Welfare, Young Audiences of WesternMontana (Project Director, 1975­77) and as a consultant to the NorthernCheyenne Research and Human Development Association. As a free­lance composer and musician in Seattle, WA, he received commissions from theNorthwest Chamber Orchestra, the Cascade Symphony, the Musica Viva ChamberPlayers and had works presented by the University of Washington ContemporaryMusic Group. He was also an instructor of Music Theory and Composition at theCornish School of the Arts.

His several works include: three quintets for woodwinds, two one ­act operas,music for chamber orchestra, a piano quintet, a solemn Pentecostal Mass for mixed choir, soloists, & orchestra and two documentary film scores. His music has been performed in America, Israel and Europe. He currently lives in Freeland, WA where he continues to compose new music and is a founder and the Artistic Director of the Whidbey Girls Choir.
Potters of Whidbey
We would like to announce our newest umbrella organization, Potters of Whidbey.POW's mission is to support, educate and promote the clay artists of Whidbey!The POW website will come online in March.
For more information contact Jordan Jones, President and Robbie Lobell, Vice­ President.

Spring Visual Artist Grant Applications are due March 1st!
This grant is designed to encourage professional artists by providing funds for needs such as research, documentation, equipment or materials, skills enhancement through workshops, or studio upgrades. Click here for application.
The deadline to submit is March 1st.
Applications will be processed April 1st.
​Contact: info@islandartscouncil.org for additional information.

WIAC Member Art Show
Coupeville Rec Hall
May 27th, 28th & 29th
Any current member who would like to show one piece (for sale) with a 15%commission taken to support WIAC is invited to participate.
Direct your interest to katalks@gmail.com.
Thank you supporters of the
Whidbey Island Arts Council!
We are currently seeking new members to facilitate
programs and arts enrichment activities. If you don'thave time to volunteer, please consider becoming a
Supporting Member which includes promotional support for artists/businesses and special event invitations.
To become a supporting member OR email info@islandartscouncil.org 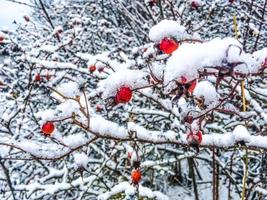 February Snow
Waiting for the Renaissance of Spring would be dismal without the unmistakable blank canvas that Winter paints each landscape with. The groundhog climbed out of the earth to look for Spring, and found Winter lingering in the shadows. The groundhog also saw bare trees, and softly fallen snow to tease the imagination with dreams of what could be. What will be.Unlike the groundhog, do not fear Winter's shadow. Imagine lush new shades of green and a vast array of wildflowers across the horizon. It is these dreams of color that make Winter so exciting. The raw exposedEarth allows us to discover a new way of seeing.Take each exposed moment to imagine a world of color. Take each exposed moment to see the greatest potential. Let Winter's Cupid hit you with an arrow to fall in love with dreams of Spring, and bring them tolife. Art begins with a blank canvas like Winter.
February Snow 2017 ­ Photo by Madisun
Whidbey Island Arts Council  | info@islandartscouncil.org
PO Box 173, Langley, WA, 360.320.0271
WIAC is a non profit 501­(C)(3) organization
Kay Parsons, President, lookingglasscottage@gmail.com
Frank Rose, Vice President, frankirose798@gmail.com
Catherine Reid, Secretary, catherine_reid@ymail.com
Diane Cheek,Treasurer, diane.a.cheek@gmail.com
Elaine Gore, Arts in Education, ecgore@gmail.com
​Sheila Weidendorf, Music Programs Director, sweidendorf@whidbey.com
Madisun Elizabeth Clark,  Media Specialist, fun@whidbeycustomevents.com
Katrina Hude, Board Member, katalks@gmail.com

Thank You to our Media Specialist Madisun for the great work bringing this newsletter to you! Members please contact us with your events you would like to share!